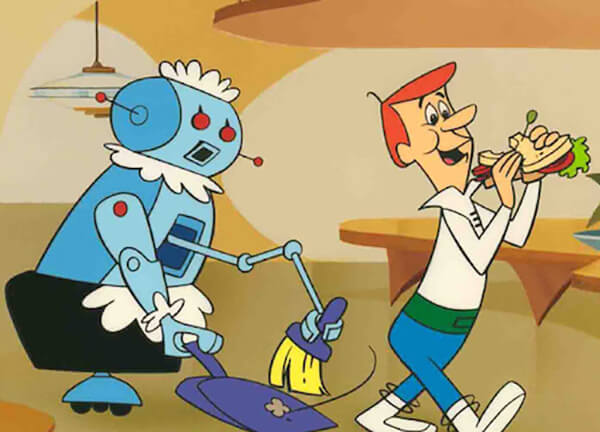 What's the right amount of 'Robo'?

The robots are here! But not in the Terminator sense. Think, rather, of Asimov’s creations. Or, for the less nerdy, Rosie from The Jetsons: benevolent machines, doing our hard work but better, faster and more reliably.

Robo-investing and robo-advice are on the verge of a major breakthrough in the UK. Consulting firm A. T. Kearney estimates the rapidly-expanding sector is set to grow 68% annually, and could be worth $2.2 trillion globally by 2020.

In investing terms, Robo is a loose, catch-all term for removing humans from various parts of the investment process and replacing them with automation, algorithms and slick digital platforms. While this can mean a lot of different things, there is every reason to welcome the concept, not as a fad, but as a viable, mainstream investing channel for everyone.

Why? Because the vast majority of ordinary people are priced out of traditional wealth management services – a typical IFA, for instance, won’t sit down with a client with less than £20k to invest. Meanwhile the average saver’s cash is rotting away in high street accounts with record low interest rates. In short, there’s a desperate need to make investing easy and convenient, to help ordinary people to shore up their financial future. And with as many as a quarter of Briton’s having less than £3,000 saved, according to a recent Wealthify survey* the solution must also be low cost and affordable for the masses. Robo-investing, with its far cheaper operating models holds great promise as a way to achieve this overdue democratisation of finance.

In any case, when it comes to managing investments, modern machines are in many respects a lot better than humans.

Being successful in today’s complex financial markets is a matter of processing and analysing tremendous amounts of data as quickly as possible – a task for which computers will always have the upper hand. Successful investing also requires discipline and consistency; humans are prone to bias, panic and emotional decision-making, all of which can spell disaster for an investment portfolio. It’s precisely why many of today’s top institutional investors are becoming increasingly reliant on algorithms and automation.

Achieving the right balance of human and machine is crucial. Humans still have an important role to play – it will just be different to that of the traditional investment manager. Robots are great at the ‘heavy lifting’ but we’ll always need tech-savvy investing professionals to design, build, and tweak the algorithms, and ultimately to keep a watchful, reassuringly human eye on the money.

As Asimov taught us, a robot is only as good as its programming. So, for now at least, investors can welcome their financial robo-assistants with open arms.

*Wealthify UK savings habits survey of 1,300 adults aged 18 to 55 in the UK, carried out by Opinium Research, September 2015. Survey sample size assumes a 5% margin of error with a 99% confidence level

Try it now With investing your capital is at risk
Try investing with Wealthify
Share this article on:
Next article
Passive vs Active – will investing’s title fight ever declare a winner?
Previous article
Brexit - what's next for investors?