With the second series of sci-fi drama, Humans, on Channel 4 at the moment and the sequel to Blade Runner planned for 2017, it’s clear that robots continue to fascinate. As we have our own robo-investing algorithm, which combines automated investment tracking with a team of investment humanoid life form type people, we thought it made sense to take a look at some of the best and worst robots in the history of science fiction movies.

The bad bunch are a collection of unnecessary complexity, lacking in the safeguards, protocols and positive outlook needed to make them anything but destructive mecha-gits. The goodies, on the other hand, are well-meaning automatons that work hand in mechanical hand with people to make the world, galaxy and universe a better place.

The worst robots in sci-fi

As if Arnold Schwarzenegger’s T-800 Model 101 wasn’t terrifying enough in the opening movie of the series, the seemingly unstoppable liquid metal upgrade that was the T-1000 was ferocious. Completely lacking in any directives to protect people, and with a time travelling mandate of human destruction at any cost, it managed to run amok in LA until it was finally destroyed in a vat of molten steel. 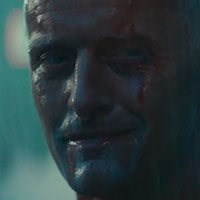 One of the earlier examples of robot life in film, rabid Roy is the lead replicant in the film, heading up the band of androids determined to extend their short lives. While it’s a sad story as the robots have hyper strength and intellect, despite being just a few years old, it’s ultimately another cautionary morality tale about the dangers of wayward technology in a mixed-up world. Roy manages a slight reprieve in the end as he saves Blade Runner Rick Deckard from falling to his death, just before dying himself. It’s a fate that condemns the world that created him as much as it does his own life and memories.

There’s nothing worse than a messed-up computer and Gus’s self-aware mainframe had some pretty dodgy directives; namely to destroy Superman. It was sort of left to its own devices to carry out the task and even when Gus’s conscience kicked in later in the film, his efforts to shut the computer down with a fire axe resulted in it going even more berserk. Superman eventually got the better of it with a sneaky acid drop, but it was definitely touch and go for a little while. 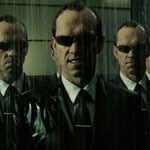 An advanced computer virus threatening to take over the robotic dystopia that controls humanity by keeping them locked in pods as dreaming and bald energy cells is never a good thing, is it? Agent Smith is a perfect example of duff coding left to run to its “logical” conclusions without good human management. Luckily, Neo got the better of it by letting it consume him. Shame he didn’t figure that out in the first film! 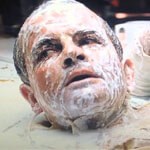 One of the great robotic reveals in sci-fi history, Ian Holm does a very good job of appearing to be human only to show himself to be a nefarious robot when confronted by Ripley about his questionable actions. It turns out that he had been ordered to bring the alien back to Earth at the expense of the rest of the crew. As a result, he got his block knocked clean off by chief engineer Parker, but his actions led to the continuation of the ongoing saga. If only Ash had been programmed to safeguard the people in his care, we could have ended it all years ago.

The best robots in sci-fi 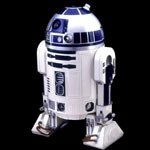 Loyal, diligent, relentless… this little guy is the pinnacle of robotics throughout the history of science fiction. He stored Princess Leia’s distress call for Obi-Wan Kenobi, along with the plans for the Death Star; assisted Luke Skywalker in his attack of the Imperial Orbital Battle Station; tags along for Luke’s training with Yoda, overrides the security computers on Cloud City, fixes the Millennium Falcon’s Hyperdrive, and helps to rescue Luke, Leia and Han from Jabba the Hutt - and that’s just in the opening three movies. In short, he’s the ultimate robo-hero and the good news is that there’s another two more Star Wars movies featuring R2-D2 still to come. 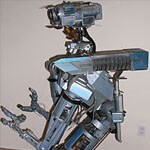 Johnny 5 is alive! The big difference between R2-D2 and J5 is that Johnny is a former military robot and as a result he’s got a killer laser blaster mounted on his left shoulder. When his programming gets fricasseed by a bolt of lightning, he becomes a free-thinking robot with feelings, so he goes on the run to stop the army from disassembling him. Luckily, he arrives at the conclusion that life is precious, and doesn’t use the deadly weapon to harm anyone.

His best traits are his love of all lifeforms – in particular, his robot sitter, Stephanie – and his insatiable drive for input as he tries to learn as much as possible about the world. 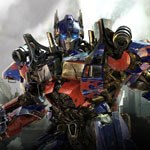 Optimus is the epitome of a solid and dependable tactician in robot form. He’s got the mammoth challenge of keeping the Decepticons in check, leading the Autobots in their age-old struggle against them.

He’s got a noble spirit, goes out of his way to help humanity and has strong decision-making skills, which we’re a big fan of.

Making the transition from a dark future, to a brighter present day isn’t easy when you’re a walking pile of hyperalloy, microprocessors and toughened armour, but that’s exactly what the T-800 (Model 101) did in Terminator 2: Judgement Day. Having been the antagonist of the first iconic movie in the series, Arnie returned as a Terminator that had been reprogrammed by John Conner in the future and sent back in time to protect his younger self from the onslaught of the shape-shifting T-1000. In the end, he sacrifices himself for the good of humanity, which is one of the main reasons he’s managed to muscle his way onto our list. 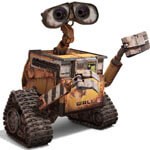 Arguably the cutest robot movie of all time, WALL-E saw the diligent little guy going from Earth-bound tidier to inter-planetary hero in his pursuit of love. His protective spirit for the little plant he finds is very touching and his irrepressible courage is hard not to get wrapped up in. The end scene with Eve, his robotic other half, is one of the most touching moments in animation.

While it’s not a robot, the robo-investment algorithm element of our investment management service has a lot in common with the good robots on our list. It helps our customers by making their savings work harder when they make the transition from saver to investor. It also looks after their money every day by monitoring global financial markets. It doesn’t have a cute face or a catchy name, but it’s a hero to our customers whose money it helps to manage and grow every day.

Find out more about how it works with our approach to investing.

How to set financial goals that are actually achievable!

Saving tips: how to become a saver, not a spender