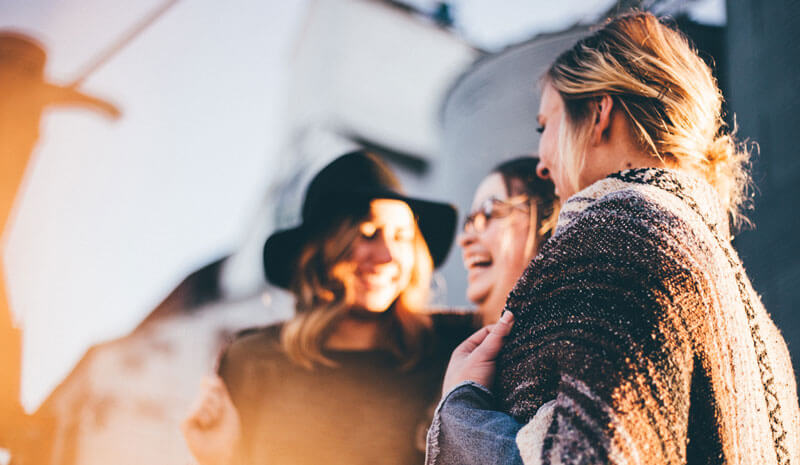 Why are there fewer female investors than men?

The number of female investors is growing, there’s no denying it. However, despite this positive trend, the world of investing remains largely dominated by men. A study, led by YouGov Omnibus, found that over half (52%) of UK women have never owned any investments, compared to 37% of men. The study also reveals that only one in five women hold an investment, against a third of men1! And yet, investing could help women build up a decent nest egg for the future and turn their long-term goals into reality. So, what’s stopping women from dipping their toe in the investment world? And why should they consider investing?

Women find investing too risky
Most women are reluctant to invest because they think investing involves too much risk. And when it comes to risk, women and men do come from different planets. Men see money as ‘theirs’ and are happy taking risk with it. On the other hand, women think of money as belonging to the household, even if they’ve earned it. As a result, women are reluctant to risk any of their pennies and behave more cautiously than men. For instance, they have a penchant for cash savings. In 2016/17, UK women opened around 4.4 million Cash ISAs against 3.7 million for men. Similarly, in the same tax year, 1.2 million Stocks and Shares ISAs were held by men, and only 957,000 investment accounts were owned by women2.

Whilst it’s sensible to put money in a savings account or a Cash ISA to cover unexpected expenses, cash saving may not be the best option for the long-term. In fact, by sticking to cash savings only, women are likely to harm their financial future. With savings, you’re guaranteed to get back what you originally put in plus interest. However, this doesn’t take into account the potentially damaging effect of inflation. If the interest rate you get from your bank falls below the rate of inflation, the value of your savings will go down. This doesn’t mean you’re losing money per se, but if you were to take your savings out, you wouldn’t be able to afford as much as before. If you want to see real growth, you need your money to flourish at least as fast as the cost of everything else, including inflation. And this is exactly where investing could help.

With investing, returns aren’t tied to any interest rates, and are rather dependent on how well your investments are doing. This means two things: there’s a risk you could end up with less than initially invested, but there’s also a chance for inflation-beating returns. Sadly, most women tend to overlook the second possibility and miss out on potential returns as a consequence. Investing does involve some risk, but it’s not as risky as some women might think. If you invest all your money in one company, then the likelihood of losing everything will be high. However, if you spread your money across investment types (shares, bonds, property, and commodities) and regions, you’ll be mitigating risk since poor-performing investments should be balanced out by others doing well. Another way to spread risk is to stick with your investments over the long term. Many studies have found that remaining invested over a number of years tends to increase the chance of making a gain. For instance, people who invested in the FTSE 100 for any 10-year period between 1986 and August 2019 have had an 89% chance of making a positive return3.

Women are less confident about investing
If it’s not the fear of risk holding them back, then it’s lack of confidence that seems to keep women outside the investment world. Only 13% of women think they have a good amount of knowledge and understanding of investing and stock markets1. More telling, when asked to rate how confident they are in choosing an investment account, fewer than a third (32%) of women rated themselves 6 or above out of 10 for confidence4. It’s quite disheartening to see so many women avoiding the investment arena because of confidence issues nourished by long-lasting misconceptions. Investing can often feel obscure with all its intimidating jargon, but you don’t need to know much of the financial dialect to start investing. With robo-investing platforms, like Wealthify, the hard work is done for you. All you need to do is choose how much to invest and the risk level you’re comfortable with, and our investment team will do the rest. Not only will they build you a diversified portfolio with the right mix of investments, they’ll also monitor how markets behave and make adjustments to your Plan, if needed, to take advantage of the good times and shelter your investments from the bad ones.

Why it’s important for women to invest
In their lifetime, women have to face many financial hurdles. Not only do they tend to earn less than men, they also, in some cases, have to sacrifice their career and potential income to take care of their family. As a result, women’s financial independence and future tend to be more fragile and precarious. A study found that a third of UK women wouldn’t be able to support themselves financially after a separation with their partner5. But that’s not all. The gender pay gap and the maternity penalty can also have serious repercussions on women’s later lives. Despite a longer lifespan, women’s pension pots are generally smaller than their male counterparts’. By the age of 65, the average woman in the UK has around £35,700 in her retirement pot, whilst men manage to save £141,000 for their golden years6.

The situation is challenging, but it’s not hopeless. Women could claim back their financial power by entering the investment world. Investing, even small amounts of money, is a good way to plan ahead and gain financial independence. And with the ever-increasing number of digital investment services that take the hassle out of investing, chasing your financial dreams has never been easier!

Try it now With investing your capital is at risk
Try investing with Wealthify
Share this article on:
Next article
Why did Thomas Cook collapse? And what does it mean to investors?
Previous article
What is ESG? And why does it matter to investors?