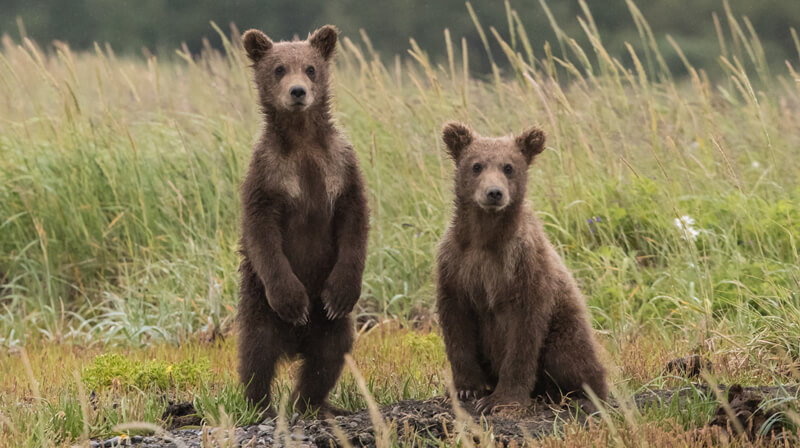 Bull markets, bear markets. What does it all mean?

There’s a lot of jargon when it comes to investing. And by a lot, we mean a lot. Some of these don’t come up very often, while others seem to be used every day. Something that tends to be casually thrown into investment communications without explanation is bull and bear markets. But what are they?

What are bull and bear markets?
They’re weird names, but in essence, these are terms used to describe an overall trend in the market.

A bull market is one that’s on the rise, whereas a bear market is in decline.

Why are they called these things? Apparently, bulls fight by thrusting their horns up, whereas a bear slashes down with its claws. Having never seen a bear or a bull fight, we’re just going to have to take their word on that. That said, it does provide a nice visual to remember this by.

When do we know what type of market we’re in?
It all depends on what the markets have done most recently. But typically, if prices fall 20% or more from recent highs over an extended period, then we enter a bear market. The opposite is true of a bull market, where continued rises and the prices of shares, for example, increases.

The key here is ‘long term’. Regardless of the market we’re in, there will always be events that cause knee-jerk reactions that see markets go up and down over the short term. These changes are what’s called a ‘correction’, and they can happen to individual assets like stocks and bonds, or to an entire portfolio which includes a range of assets. However, a correction is a movement of more than 10% that does exceed 20%.

Corrections can sometimes last days, but they can also go on for months or even years, and it’s far more common than you may think. For example, since 1950, the S&P 500 has typically lost 10% of its value every 1.85 years[1] with plenty of smaller declines happening even more frequently than that. But we tend to forget about these because the gains seen in a bull market typically far outweigh any downfalls caused by a bear market in the long-run.

What causes a bear market?
There’s a multitude of factors that could cause a bear market. It could be that a sector crashes – like the Dot Com bubble in 2000 or the Financial Crisis of 2007-08. Other common causes are typically the impact of a recession, the economy, or politics.

The current bear market started with the stock market downturn beginning on 20th February 2020, caused by the impact of COVID-19 on businesses and manufacturers across the world. This saw all major stock market indexes undertake a swift correction (or a ‘crash’ as reported by the media) followed by the worst week of trading since the Financial Crisis[2]. Then on 8th March, the Russia-Saudi Arabia oil price war began, bringing the biggest percentage price fall since 2008. This spooked the market, which culminated three days later with stock indices across Europe and North America falling by more than 9%, causing the most significant single-percentage drop since 1987[3].

On Wednesday 11th March 2020, the significant impact of COVID-19 saw many of the world’s largest market indexes enter a ‘bear market’[4].

How much volatility does a bear market produce?
Lots. The prices you see in a bear market go up and down daily, sometimes with big swings in values, and other times its more gradual. For example, following the S&P 500 crash on the 12th March, the day after saw one of the most significant one-day jumps in history. This is commonly referred to in Wall Street as a ‘dead cat bounce’, where falling stocks see a short-lived recovery. The morosely named term is based on the idea that even a dead cat will bounce if it falls fast enough.

This is a regular pattern seen in bear markets, and typically we can expect them to happen frequently during periods of downtrends. But, due to its nature, a dead cat bounce isn’t recognised as such until looking back and seeing the price drop below the prior low.

So, try not to get your hopes up on a one-day burst or to be dismayed by a series of large drops. Taking a long-term approach can help to reduce your stress significantly and iron out much of the daily volatility that a bear market produces.

Does a bear market mean everything loses value?
Yes, and no. A bear market does mean that a market as a whole has dropped in value, most likely in a significant manner – like the 27.8% drop seen in the FTSE100, featuring the top 100 companies on the London Stock Exchange, from 17th February to 13th March 2020. But, just because one market becomes a bear market, it doesn’t mean everything else does too. A “bearish” trend may be related to an overall market, but individual stocks or commodities, like bonds or cash, may maintain their value, or even go up! For example, we’ve seen some bonds indexes continue to rise despite the drop elsewhere [5].

With the value of share price falling this rapidly, a question you may ask is ‘can stocks go to zero’? And the answer to this is, yes, for example, if a company goes bust. This is precisely why, at Wealthify, we always build diversified portfolios so that our customers don’t have too much risk in one place. By investing across a broad range of assets, including stocks, bonds, and property, and in different places around the world, you can reduce the risk of everything going down.

So, is a bear market good or bad?
That depends on how and why you’re investing. The bad aspect is that your current portfolio is likely to have decreased in value, but this is the risk you take when choosing to invest, and it is an essential part of the market cycle.

However, it’s only by making emotional decisions without planning that this can be harmful. Often this results in panic-selling to withdraw invested money to protect it from further downfall. The only problem is, this solidifies your losses and makes them real.

During a bear market, some investments you hold will reduce in value, but so will the ones you don’t. This could provide some real investment bargains at greatly reduced prices compared to their previously higher prices before the market dropped. However, it’s important to take a long-term approach as the price of your investments could continue to fall. And remember, it’s almost impossible to correctly time the market, but buying as they drop will still give you better prices than if you’d bought them at peak bull market, regardless of how much further they fall. This is called pound cost averaging, which is just a fancy way of saying buying little and often so you buy investments at different prices.

How does investing change in a bear market?
Legendary investor, Warren Buffet, uses a methodology called ‘value investing’. Quite simply, this means buying stocks that are trading at a lower value than they probably should be, based on the quality and long-term return potential of that company. And, in a bear market, there should be plenty of undervalued stocks going around as investors can panic and sell all their shares, even ones with huge long-term potential.

But with everyone trying to make lemonade out of lemons, this isn’t the only approach you can take. Just as nobody knows when a stock is going to skyrocket in price, like Tesla did at the start of 2020, there’s also no way to predict when the market will hit bottom. One way you could take advantage of these falling prices is to consider drip-feeding your investment account. For example, setting up a monthly direct debit to Wealthify would allow our experts to purchase new investments for you each month – these could be shares, bonds, property or commodities – letting you take advantage of lower values wherever possible.

At Wealthify, we always say that investing is for the long-term, and this is never truer than in a bear market. The longer your money is invested, the more potential it typically has. Don’t expect to be able to buy stocks at low prices now with the expectation that you’ll be rich by the end of the year. When you buy stocks, assume that you’ll be holding them for a few years before you see a potentially significant profit.

Please remember that past performance is not a reliable indicator of your future results.

With investing, your capital is at risk, so the value of your investments can go down as well as up, which means you could get back less than you initially invested.

Try it now With investing your capital is at risk
Try investing with Wealthify
Share this article on:
Next article
What is pound cost averaging?
Previous article
Good Eggs - Orsted