Between October 31st and 12th November 2021, the eyes of the world will be on the UK (and Glasgow in particular) for the 26th Conference of the Parties (COP26). COP26 will see leaders and representatives of 197 countries across the globe come together to negotiate critical environmental matters at a time when the world’s response to climate change has never been more important.

There are several reasons for the significance of COP26, but the primary factor is that this will be the first meeting where the progress and goals of the Paris Agreement will be reviewed. This agreement, which was established at COP21 in 2015, is arguably the most notable outcome of previous summits as world leaders agreed to limit global warming to (preferably) 1.5 degrees Celsius. This means that global emissions must reach net-zero by 2050.

COP26 provides an invaluable opportunity to formulate, co-ordinate and reflect on the global strategy to build towards these mission-critical goals. And due to the occasion’s magnitude, we have decided to highlight the positive environmental impact of the companies we have in our Ethical Investment Plans. The first of which is National Grid, which is held in the Royal London Sustainable Leaders Trust.

National Grid are supporting the UK government in orchestrating this crucial summit through their role as a COP26 Principal Partner.

What do National Grid do? ⚡

National Grid is a familiar name to many of us in the UK because the company distributes energy and gas within the country, as well as the US. In fact, if you are living in Wales or England, then the energy in your home comes from National Grid (before you worry, Scotland has its own electricity networks).

Because it operates at this colossal scale, it is crucial that the company leads the way in the fight against climate change.

What Impact is National Grid Having? 🍃

Firstly, the company strives to limit its own environmental impact through aligning its emissions targets with those of the Paris Agreement. Substantial progress has been made in obtaining these goals, as National Grid has already reduced its emissions by 68% from levels seen in 1990 – standing only 2% away from its previous 2030 target.1

The company is also working towards decarbonising the gas industry in both the UK and US. However, there is clearly more to do, with the transition from coal being particularly critical, as energy produced from this source increased in the UK this year.2

The second component of National Grid’s dual role is assisting homes, as well as nations, in their movement towards renewable energy. The company seeks to accelerate this transition by actively engaging with organisations across the globe, including the UK Government, regarding their net-zero goals. This initiative has proven successful, as National Grid’s contribution enabled the UK to reach a significant landmark in 2019, where the amount of zero carbon energy used by the country during the year outweighed the power sourced from fossil fuels.3 In addition to this, this progress has inspired the UK Government to set the target of the year 2035 to eliminate fossil-fuel generated electricity by.4

Innovation is key for National Grid to support countries with their emissions targets. Earlier this year, construction was completed for the world’s longest undersea electricity cable to allow the UK and Norway to share renewable energy. It is estimated that the cable will be able to provide 1.4million UK homes with clean hydro power sourced directly from Norway’s fjords.5

The positive environmental impact of the company is also evident in the US, where ‘National Grid Renewables’ was launched in October 2020. This component of the business is dedicated towards the advancement of clean energy across the US.

In the limited timeframe that National Grid Renewables has been established, six projects centred around renewable energy have been completed at various locations in the country, with a further two currently under construction. The clean energy produced from these operations is projected to be the equivalent of removing 385,000 cars from roads annually.6

Furthermore, the projects are expected to create economic benefits for the local communities, as well as generating significant revenue for the company itself.

What National Grid have to say 📣

“At National Grid, we know we have a critical role in the acceleration towards a cleaner future and are committed to playing our part in delivering a safe and secure energy system that works for all.”

Here’s what they have to say: “National Grid offers us exposure to the ongoing energy transition towards a net zero economy. Its electric networks are responsible for connecting material portions of the UK’s new renewable generation to consumers and the firm has clear targets to decarbonise its operations.

In the United States, the firm is one of the more advanced distribution-focused utilities in its climate thinking, while in the UK it has signalled its intention to divest of part of its gas transmission assets while doubling down on its exposure to electricity.”

National Grid’s efforts against climate change have demonstrated its value as a Principal Partner of the upcoming COP26. The company has set ambitious goals for its environmental impact and has already proven its capability to reach its targets. Companies, as well as governments, will need to replicate the determination and commitment of National Grid to achieve existing and future climate goals set by leaders at COP26. 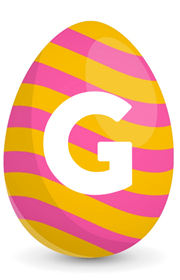 Good Eggs: 3 technology companies that are having a positive impact

Behind the scenes at Wealthify: how do we decide what to invest in?

How does ethical investment screening work?