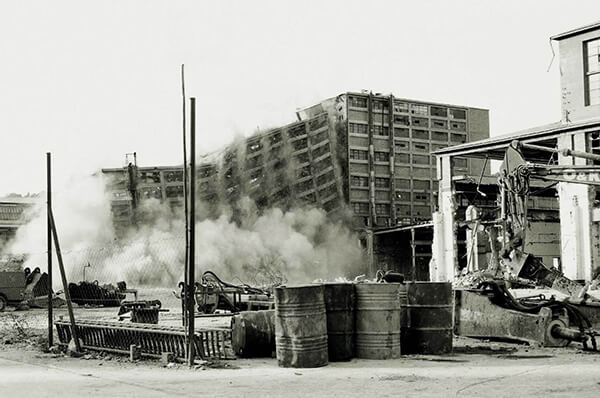 UK Property Funds hit the headlines recently when a spate of post-Brexit panic selling caused a number of providers to close their doors, effectively trapping investors in, or subjecting them to costly exit fees. But what exactly is a Property Fund and why did people panic?

‘Buy bricks and mortar’ is ubiquitous investing advice all of us Brits will have heard at one time or another. No wonder, given that property prices have increased by 50% in the past decade, with the national average UK house price breaking the £300k* barrier for the first time in March, according to Rightmove. But buying and selling property is also fraught with complications and costs: dealing with estate agents, finding a buyer, stamp duty, solicitors fees, not to mention the time it takes to complete the sale and get hold of your cash.

This is where property funds can provide some relief for investors, by taking away the pains and leaving you with only the gains (markets willing) of ownership.

Property funds contain real, mainly commercial (think offices, warehouses and shops) properties located across the UK. The advantage of them being in a fund is that there’s lots of them, they’re handpicked by professionals and they’re grouped together in a special fund structure that make it much simpler for anyone to invest in. In other words, it’s a convenient shortcut to a diverse property portfolio for any would-be property mogul. And unlike privately-bought property that takes months to buy and sell, property funds allow you to buy and sell ‘units’ of the fund on a daily basis, so you can get almost instant access to your cash, if you need it, and there’s no need to raise hefty deposits or complete mortgage applications.

It sounds like an ideal solution. The difficulty comes when everyone wants access to their cash at the same time, as investors recently found out in the days following the EU referendum vote.

Property funds are designed to be flexible, but they still rely on that fact that for the most part, the number of people buying and selling units of the fund will more or less be equal. Once a day, the fund provider collects and processes all of the buy and sell orders, using the cash received from the buyers to pay the sellers. It doesn’t matter if they don’t match 100% as funds tend to have a cash buffer that can mop up any difference.

After the Brexit vote, everyone tried to sell their units at once and the cash buffer wasn’t enough to cover the amount of sell orders. To get hold of more cash, the fund has to sell some of its properties, which as we’ve already established, isn’t a fast or simple process. This led to the decision by some funds to ‘gate’ customers, effectively closing them in and preventing them from selling their stakes, or charging them hefty penalties for doing so.

Predictably enough, stopping people from accessing their money caused further panic, leading to more people requesting to sell their units and creating a vicious cycle. It’s a situation seen many times before during times of financial turmoil, such as in 2007, when Northern Rock customers queued around the block to withdraw their savings after the bank struggled to borrow the cash to run its day-to-day operations.

The root cause of the recent rush for investors to sell was concerns around the effect Brexit might have on businesses and the UK economy as a whole in the long-term. If the economy slows down, many businesses are likely to put the brakes on their expansion plans and stop buying more office space, and factories may close down, or move to Europe. A lot of this will depend on what plans the Government puts in place to manage the Brexit process, but already the uncertainty is causing many businesses to take the short-term view and put riskier, expensive and longer-term plans, such as property purchases and upgrades, on hold. All of this is likely to have a net negative effect on property prices, which is precisely what those panic-selling their stakes in UK property funds recently were trying to avoid.

So, were Wealthify customers affected? Well, it’s worth noting that while these other investors were trying desperately to sell their property funds, Wealthify customers were quietly getting on with their day, since our investment experts, having predicted just such a scenario, sold all property fund investments immediately after the referendum result was announced, avoiding both the panic and any significant losses for customers. Just one of the many advantages of letting a team of experts look after your investments for you.

Try investing with Wealthify
Share this article on:
Next article
Keep an eye on your ISA and an interest in your interest!
Previous article
Crowdfunding - a potted history