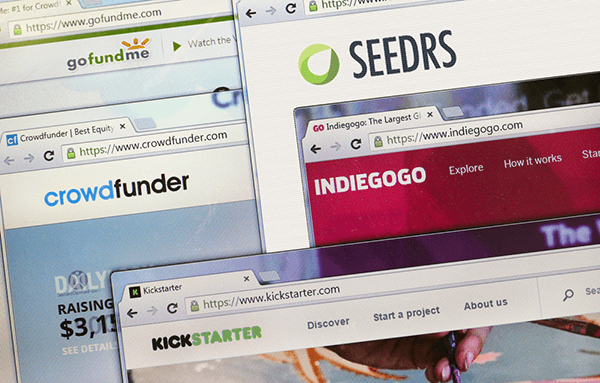 In case you haven’t heard, Wealthify is embarking on crowdfunding for the first time in September 2016. The decision to take on this relatively new and unproven route to raising capital was an easy one for us for a number of reasons, and it can be good for other businesses like us too…

As many entrepreneurs will know, in Britain in particular, there’s a noticeable lack of funding sources available to young start-up businesses. Things don’t improve much until around the Series-A stage, after the business has been trading for at least a year, has a proven business model, real paying customers on board and can justify someone investing £5 million or more. This is because effectively managing a large number of small investee companies can prove a logistical challenge for private equity and venture capital firms. So, instead they prefer to focus on a smaller number of larger value investments, which are inevitably in more established ventures. At the bottom end, start-ups rely on business angels and other sources of modest investments up to £100k, which itself creates challenges of scale for those trying to raise sums in excess of £1 million, due to the sheer number of business angels they need to court to reach target. Done right, crowdfunding, in contrast, can be relatively painless.

I often hear the process of finding business angels being likened to “herding cats”. In our experience, crowdfunding acts as positive motivation to business angels you’re courting, bringing the funding timeline into sharp focus. Crowdfunding also helps to weed out the time-wasters who demand hours of your time without ever actually having the intention to invest.

Even if you attract them via crowdfunding, you can still give your Angels a sense of preference over the wider crowd, such as by accepting them into your cap table directly rather than via a nominee into which I recommend you pool the bulk of the crowd.

It’s all about FinTech

FinTech means Financial technology, or more specifically the use of software to provide financial services. Crowdfunding platforms, like Seedrs and Crowdcube are by definition FinTech businesses themselves and, like us, are even FCA regulated. Consequently, there exists a tremendous synergy between them and us, which helps enormously to establish a strong working relationship that will go a long way towards helping make the campaign a success. Added to that, interest and investment in both FinTech and crowdfunding is growing rapidly on a global scale, which only serves to enhance Wealthify’s position and reputation in our sector and in the eyes of the wider public.

The bigger crowdfunding platforms have dedicated marketing resources and hundreds upon thousands of registered users to whom they will regularly promote your business before, during and after your crowdfunding campaign. For us, people that invest in crowdfunding campaigns are potential customers too, so the value of this boost to our own promotional activities is significant. Crowdfunding also serves to create advocates for your business – people who invest in you will invariably talk to friends, family and others about you, helping push awareness of your brand through social media and other channels.

When comparing crowdfunding with the other options available, one important observation is that the investment terms can be considerably less onerous. Venture Capital firms investing in businesses at an early stage tend to seek ratchets that mean that if you underperform on your business plan, they can come in take control of your company, or at least claim a larger shareholding. With crowdfunding, you’re in control of the equity stake and the running of the business and it’s far less likely an overzealous investor will try to take the reins.

Try investing with Wealthify
Share this article on:
Next article
Crowdfunding - a potted history
Previous article
Roald Dahl can teach you more than you think about money